Using a Water-Gilded Frame for an Early American Embroidery 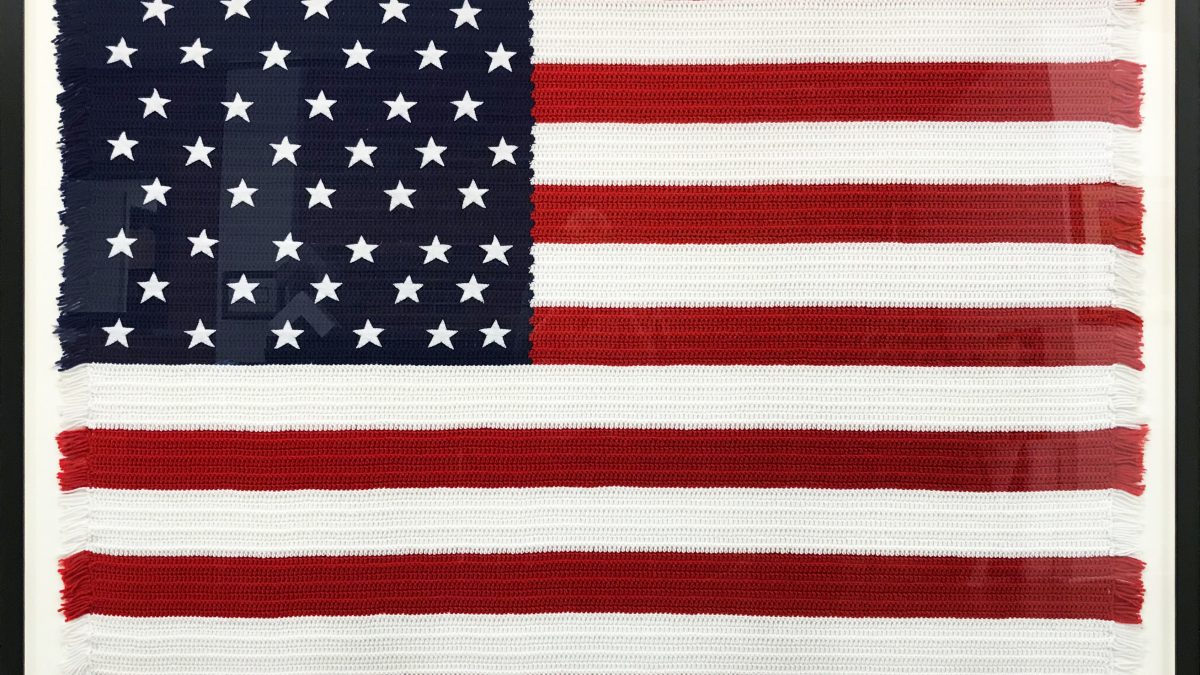 This last December at SFC Gallery, we had a lot of framing projects come in for the holiday season as Christmas gifts. While each project has its own significance to their respective owner, some just stand out as memorable enough to remember for a lifetime. At first, the job sounds simple: a woman wants to frame a flag for her husband for Christmas. However, the flag is a handmade afghan throw that not even our largest mat will fit that is prone to stretching and sagging over time. While we always embrace new challenges here at SFC, this one was definitely a head-scratcher. Here is a picture of the throw on one of our design tables at the gallery, which it barely fit on: 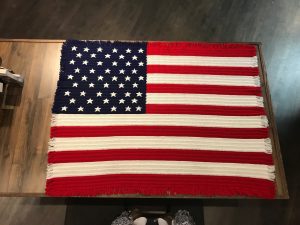 First, we needed to mount the throw on matboard to keep it stable and flat  in the frame. We put together a total of three matboards as the backer to create the most seamless background to the piece, and hand-stitched the entire flag to the matboard. Stitching is an archival mounting methods for most fabrics, as it allows for the piece to be easily removed without damage. A few stitches were also added in the middle of the throw to prevent sagging as the weight of the work would eventually pull down with gravity and worsen over time. That work was done at the gallery to minimize damage to the piece. We also had the frame assembled at the gallery for the same reason and once we were done sewing, the piece was ready for the frame:

The mounted and sewn flag before framing at the gallery.

The frame with acrylic and ready for the sewn flag to be added. The walls of the frame were built up like a shadowbox to prevent the acrylic from touching the fabric.

The final piece, after hours of sewing and making sure the piece sat just right in the frame, it was complete! Luckily, the client had a large pickup truck to bring the piece home from the gallery, as it ended up being 60.5″ x 74.5″ total! 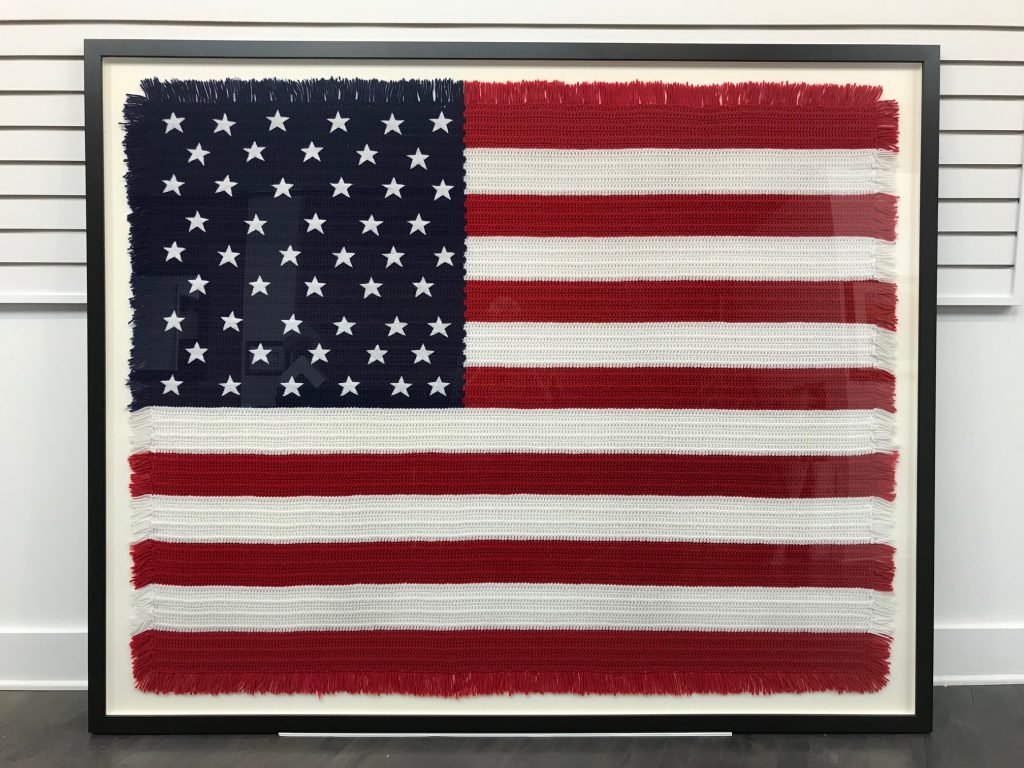 Some size reference, a stool next to the piece! 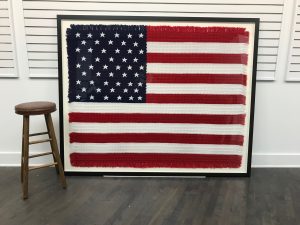 Detail of the corners with the sewn edges and frills in place.

Overall, it was a challenging but equally rewarding project to work on…and we know it made for one special and memorable Christmas! 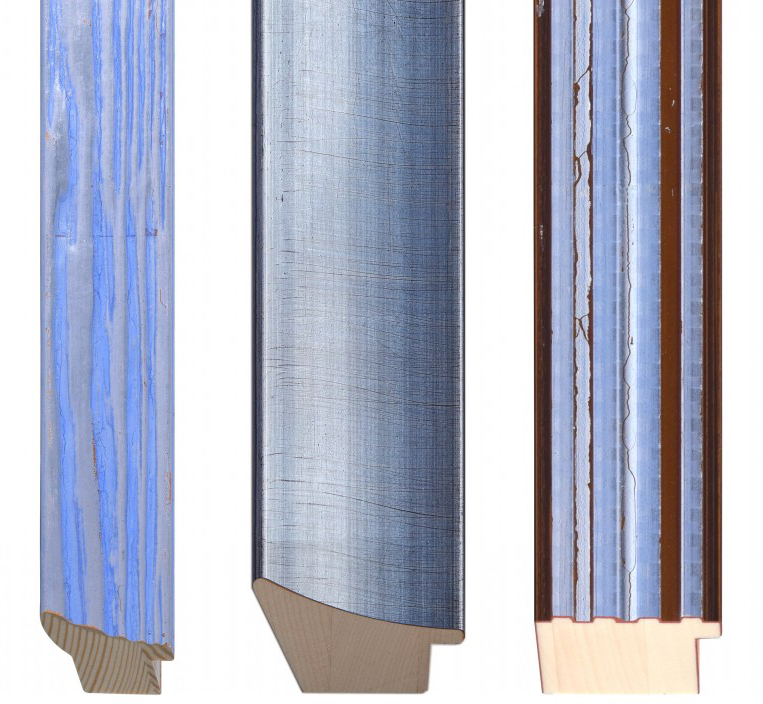 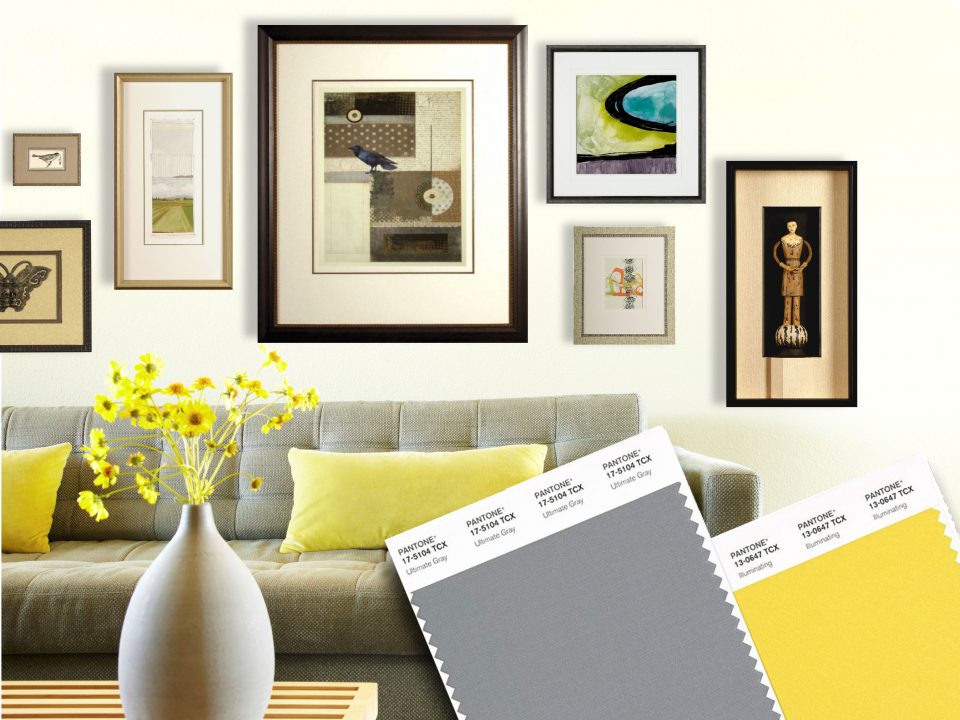 A Fresh Look at Gray 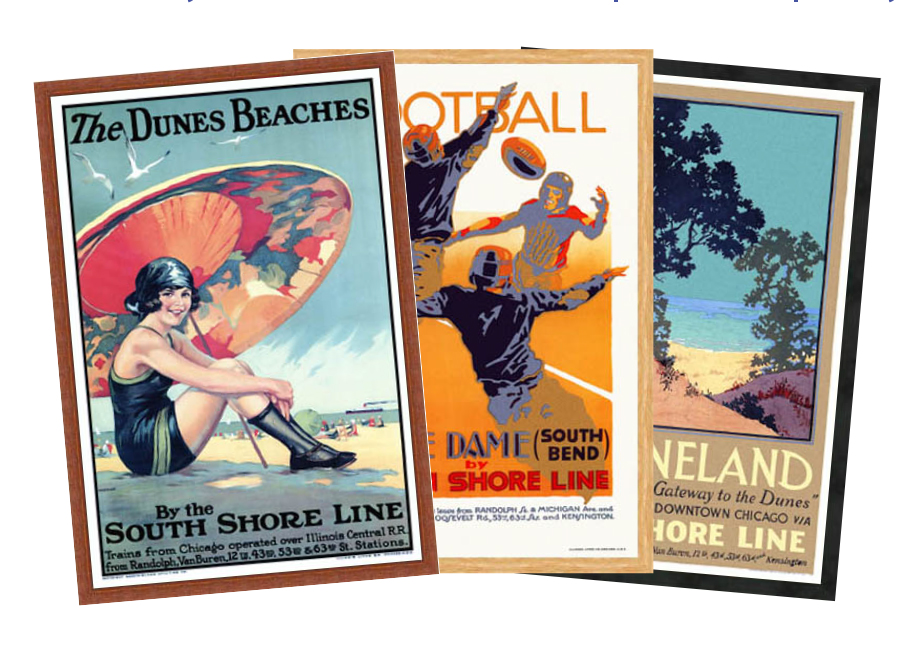